A big novelty came for the normative frame for the machineries that are intended to be installed in potentially explosive atmospheres.

The new ATEX Directive has been published in the Official Journal of the European Union.

ELEKTROVENT is, as always, careful and reactive in order to adapt to the current laws, so, already from the 20th of April, designs, manufactures and certifies its products according to the new Directive, as reported in the Statement of Conformity that accompanies our products.

And, in order to be even more sure that our fans are suitable to be used in potentially explosive areas, we recently asked an independent agency, TÜV NORD, to examine our ATEX products. After this process has been released a product certification, that states the conformity of our design to the new Directive.

For this reason we are able to provide, in addiction to the usual ATEX certificates, also the STATE OF CONFORMITY of our series, released by TÜV NORD as certifying body. 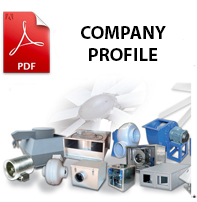